This year, in 2021, a study was published in the scientific journal eNeuro, which specifically examined the neural correlations and coefficients of ‘team flow’.
This report also supports our own research and experience on the subject.

The full publication can be found HERE with the title:
Team flow is a unique brain state associated with enhanced information integration and inter-brain synchrony

Abstract of the publication:
“Team flow occurs when a group functions in a high task engagement to achieve a goal, commonly seen in performance and sports.
Team flow can enable enhanced positive experiences, as compared to individual flow or regular socializing. However, the neural basis for this enhanced behavioral state remains unclear.
Here, we identified neural correlates of team flow in human participants using a music rhythm task with electroencephalogram hyperscanning.

Experimental manipulations held the motor task constant while disrupting the corresponding hedonic music to interfere with the flow state or occluding the partner’s positive feedback to impede team interaction.
We validated these manipulations by using psychometric ratings and an objective measure for the depth of flow experience, which uses the auditory-evoked potential of a task-irrelevant stimulus.
Spectral power analysis at both the scalp sensors and anatomical source levels revealed higher beta-gamma power specific to team flow in the left middle temporal cortex.

SIGNIFICANCE STATEMENT
This report presents neural evidence that teams falling into the flow state (team flow), a highly positive experience, have a unique brain state distinct from ordinary flow or social states. We established a new objective neural measure of flow yet consistent with subjective reports. We identified neural markers of team flow at the left middle temporal cortex. We showed the left middle temporal cortex had a unique causality and contributed to information integration during team flow. Finally, we showed that team flow is an independent inter-brain state with enhanced information integration and neural synchrony. The data presented here suggest a neurocognitive mechanism of team flow.” 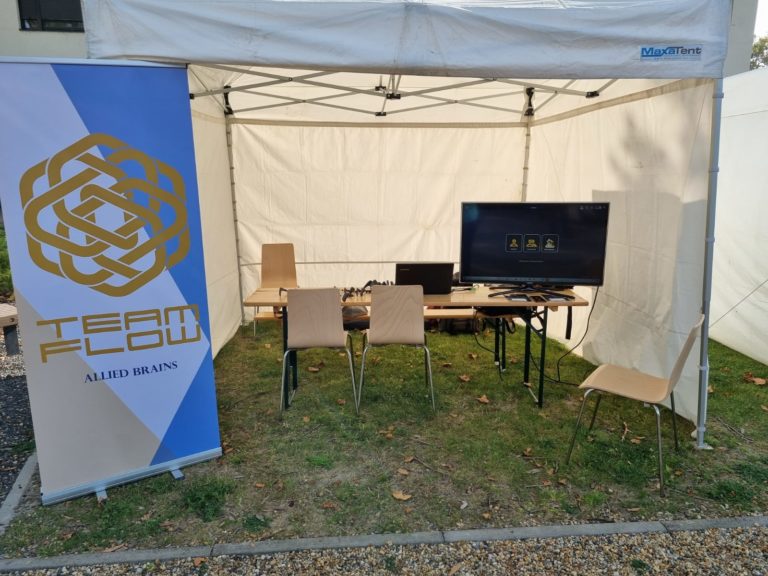 The Team Flow system was present at the 4th Sports and Innovation Conference this year. The even was organized by... 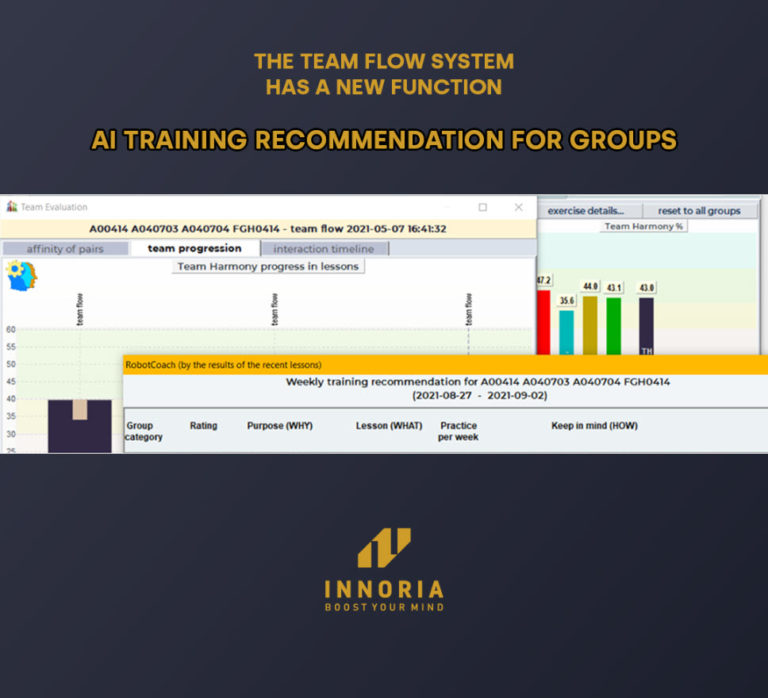 A milestone in development

Our group evaluation system was renewed this month. Thus we can provide even more information about the performance of the... 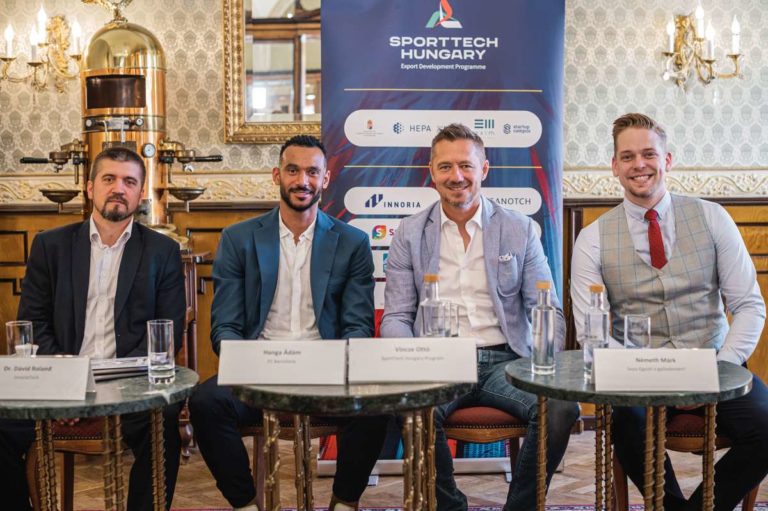 Our cooperation with Ádám Hanga

Ádam Hanga: “Innoria is close to my heart because it helps thinking as a team and brings something completely new...